“Woah, woah, woah, slow down!” Kaylin breathed. “I had a dream about the lifecycle of a frog.”
Posted by Amelia at 13:52 No comments: 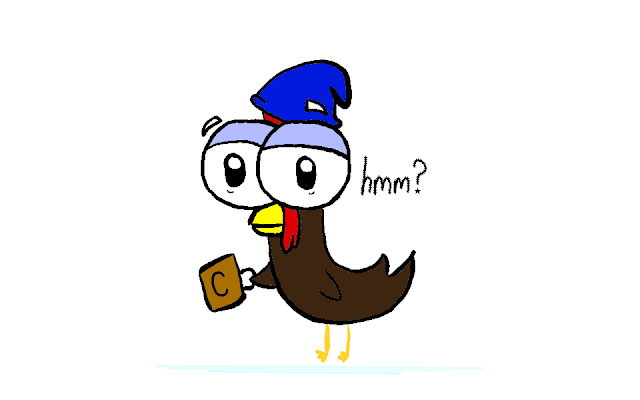 Chapter 21
“Whoo, that was a close one!” Kaylin sighed, as they ducked out of the pile. They were sure he was gone now. Elmi rolled her eyes. “Cha, yeah!”
The four hurried on their way, the water was in clear sight, and there was bound to be a boat rental along the path they were taking. Everyone seemed happy and were talking to each other like they didn’t have a care in the world. Elmi slowed the others down, so they could not only blend in, but relax a bit. Della liked it when her elders walked in confident, casual strides. It scared her when they were running and afraid.
A tall, superior looking lady stopped them. Her slow, flowing accent was noticeable and her words were said with such ease, it made the Cubs nervous to be spoken to. “It is a wonderful day, no?” she asked. They were suspicious.
“Yes, quite.” Kaylin replied with a challenging tone. Elmi tried to push them around her, but she stepped in their way.
“Hmm, enjoying the beautiful shore, is it not?” The lady asked again mysteriously.
“Yes, stunning, but we need to go,” Kaylin said deeply. The lady blinked a long, annoyed blink before responding. “Not lost, I hope.”
“Of course not, why we’re just visiting and-” Kaylin started.
“Wonderful!” The smirk was wiped off her face. Replaced by an expression now happy and convincing. “We’ve got the perfect souvenirs and Arkk merchandise for you! Even get the famous Fishing Islands T-shirt that now comes in mugs and pencil cases! We can help you bring Arkk home, and remind you of what a great experience it was. Let me lead you to the best souvenir shop on Arkk: RemARKKable Keepsakes!”
The girls breathed a sigh of relief. Whew, he’s not a dark magic thingy thing. Kaylin thought. And that was totally scripted.

One shop later, and Della was holding a two dollar,  freaky but cute snow globe showing a picture of Arkk. It’s odd because of all the Fishing Islands, Arkk gets the least snow. Arkk had a creepy smiley face on it, but it was cheap and the girls wanted to laugh at it whenever they walked by it at home.
It was late, but they had finally found a speed boat rental with the other speedboat exchange on Fuzz. Fuzz is the main and middle island in the fishing island. The barrier flows towards it from Arrk and Kenol, and it is the largest and best for tourists.
“Thank you very much sir!” Elmi said, untying the anchor rope. The boat was only a $30 ride to Fuzz, so they still had $58 to find a place to sleep in Fuzz and get one last ride to Kenol.
They all climbed in and were ready to sail. The sea still made them sick feeling, but on a speed boat with the barrier current on their side, the ride would only be about an hour. They were all inside and starting to float from the dock when it struck Kaylin that they’ve never driven a speed boat before. “Hey, Annabel, Elmi?” She asked. They were already floating a fair distance from the docks. “D’you know how to drive this thing?”
“We should,” Elmi said, though unsure herself.


Annabel nodded. “We better hope so.”


Today I thought I really had them. They would make amazing trainees. I had them, then I didn’t. I think that I am bad at being intimidating. I give my purpose away when I was trying to create worrying small talk. It was too obvious that I wasn’t er…


The older one was smart, the second shortest was very fast. First, I tried to gather information from them, but I am way too obvious. The second time, I chased them down the streets for a very long time before they turned into an alley. Assuming they hid in the dumpster, I checked and missed them sneak into a pile of tables. Good thing I saw the shoes!


I thought I was sneaky enough to have found them, but there just fat hobo sitting there! They really must have turned at the corner. My master won’t have to hear about this I’ll find them or another kid before this time is over.


Anyway, we’re so close to our goal. I’ll start carving some dinosaurs and then we’ll get the old two first. Only four children and three elderly left. I’m afraid I may be one of the two adults, but after all this work, I will contribute the most.