Chapter 10
Pine bark felt rough under Brandon’s fingers. It wasn’t a talking tree, yet it felt a bit like home. Tonalderr has three shelves, and they’re all very different from Earth, but Brandon noticed many things that let him know that Tonalderr was equally as important to save.
“Hello? … … Oh, hey,” Hal said in the distance. Brandon turned towards his colleagues voice. Who was he talking to?
“Y-yeah. I g-guess.” Brandon furrowed his brow. He could hear Hal but he couldn’t see him.
“B-but like, … what?”
Brandon broke into a run. He looked around him as he ran. “Hal?” He yelled out to the forest. There was a pause before he responded. “Brandon?”
“Where is he?” Brandon whispered under his breath. The voice seemed to be coming from behind him. Did I pass him?
Brandon turned and ran the other way. All the trees were either pine or blue and purple. It seemed like they went on and on forever. He had now forgotten where the Jemon den was. He seemed also to have forgotten where Hal was.
“I’m over here,” said Hal’s voice. Brandon swiveled around and saw a bright glimmer of gold in the distance. He ran towards it and started hearing not just Hal’s voice, but a murmur of someone else’s. Did he find a lourdwarf?
Brandon coud now make out the vague shape of a tree. The bark was a beautiful, shining gold, with vibrant, luscious green leaves. Hal was attempting conversation with the magnificent plant. Brandon waddled behind Hal awkwardly to see the face of the tree. It had glimmering honey coloured eyes, with a knot for a nose.
“Hi, my name’s Br-” Brandon started, but Hal immediately covered his mouth.


“Our new friend here is telling us about Port Malocum,” Hal explained. “There’s ears everywhere.”
Posted by Amelia at 17:58 No comments: 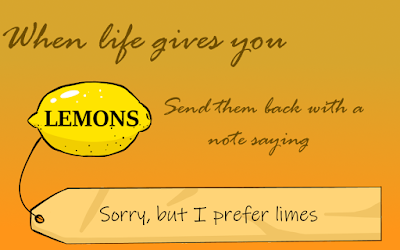 This is a quote that I made up. Anyway, sorry about missing two weeks of posting. I was on vacation.
Posted by Amelia at 07:42 No comments: