Numbers
Need inspiration for a story? Need to add some fun to your math work? Well, here is a way to look at numbers’ personalities.


One (1) - One is small. He is easily afraid of numbers and believes anything any number tells them if they are older than himself. One is really nice but no one knows that. One is too cowardly to be himself.


Two (2) - Two is kind and a bit shy, but she is not nearly as afraid as one. She likes helping out but is usually pushed around by greater numbers. 2’s role model and mentor is 12.


Three (3) - Three likes to pretend that he is a greater number than he is. He can be bossy (especially to one), but is very apologetic and always makes up for wrong things he does.


Four (4) - I like to compare four’s personality to a horse. I have no idea why.


Five (5) - Five can be bossy, but not as much as Three. She is always down to business. Five always likes to be prepared for any situation.


Six (6) - Six is a number that is very tall and had a lot of authority over other numbers. He cringes whenever Seven walks by. Why was Six afraid of Seven? Because Seven Eight Nine! (Seven ate Nine)


Seven (7) - Well, other than Seven eating Nine, Seven is best friends with Three. Sometimes you can see that Three rubs off on Seven a bit because when Seven is with Three, he is ruder to other numbers. Though he is quite a high number, Seven has almost no authority and is often disrespected. (Well, Seven is respected by Six)


Eight (8) - Eight likes to read. He is very close with ten, though ten does not seem to notice him. Eight is a quiet leader and is not known for much at all.


Nine (9) - I can’t tell you much about Nine’s personality because Seven ate her, but she was kind of rude and hated animals.


I can count past ten, but I just don’t want to. If you have other personality ideas for other numbers, you can just comment and I’ll add them to the list.
Posted by Amelia at 06:31 1 comment:

Email ThisBlogThis!Share to TwitterShare to FacebookShare to Pinterest
Labels: Home

Chapter 16
“IT’S HIM!” Tria whisper-yelled to the small group when she recognized the figure as Bill. “We should sneak up on him…” Chloe said slowly and thoughtfully. Before Tria could even agree, Ms.Zebra yelled, “Stop right there! Brickwood Police! You Are Under Arrest!” That was a very foolish act because no! Bill would not just stop because the police told him to. He would be caught! Tria knew that Bill would not listen to the police. He would run away before Ms.Zebra could catch him. (She wouldn’t be able to anyway because she was wearing a small dress)
The officer that had come along with them was running after Bill. But, he tripped and now Bill would get away without anyone else knowing. Tria gave Chloe a panicked look. There was a purple bruise on Chloe’s nose from when her father opened the door on her. That gave her an idea! She looked down at her watch and could not believe her timing. “Closing time!” She yelled as she ran after Bill.
Tria was surprised at how fast she was running. She was catching up to Bill. They ran and ran, Tria getting closer to Bill as they went. There it was. The entrance to the tight shortcut where the All3way was on. Tria sprinted in front of Bill and blocked the way to get through the road. Bill saw that his only chance of escaping was down the alley. Yes! Yes! Tria thought.
Bill took the route and just before he passed the corner, Tepo opened the door and hit Bill square in the face. It was 9:30 on the dot. Tepo would never be off time, Tria knew that.
The officer finally came down the alley and picked up Bill. Bill struggled and struggled. Tria took the handcuffs out of the officer’s belt and click! Bill/Burtir was going to jail. Yes, Burtir was going to jail. No, Tria and Chloe were not going to jail.

Tria was at the bookstore. She needed a book that she could keep if she wanted to read it twice. She had read a lot of the books that were there already, so she asked the lady at the desk where the new books were. The lady directed Tria over to a big, double-sided shelf. She ran her fingers over the book covers. The first one that got her attention was one called The Boat Of Glue. Tria flipped to the very first page. It read: The Boat Of Glue
By: Pal O.
Dedicated To: Tria who was always complimenting my stories. Helping the old folk :)
Created: The All3way or The Coffee Shop On The Corner.

How To Make A Cute DIY Wallhanging Hal 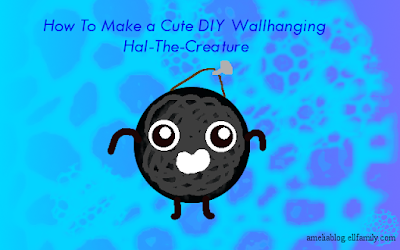 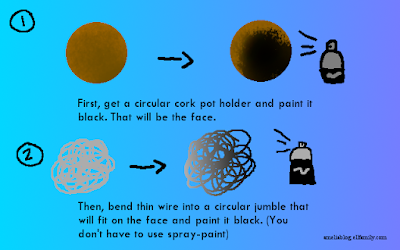 (You don't have to paint the wire black) 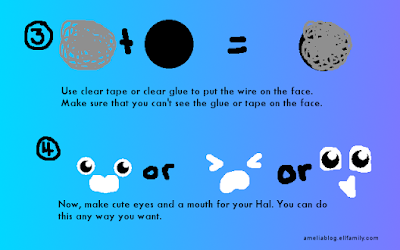 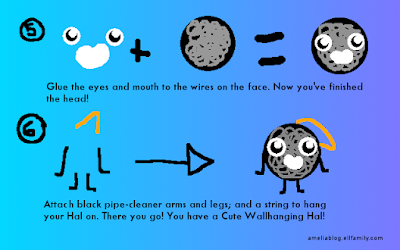